Mohr SMS is an interactive installation by Hugo Camargo and Veronika Pauser in which a mobile phone connected to a framed lcd monitor is used in order to produce generative art. By sending text messages, it allows people to add graphical elements in real-time. The resulting images are based on Manfred Mohr’s early works (generative algorithm images), especially the program P18 (1969/1973). When the first SMS is received, its graphical representation appears on the screen in real time. By receiving further text messages it builds up to the final image, which consists of ten text messages. The canvas then turns itself back to the initial state, and another image can be done.
In Mohr SMS the screen is intended as a canvas and the mobile phone of the user as a sort of paintbrush. The spectator is invited to participate by sending text messages with any mobile phone, regardless its technology. As in any generative artwork, the degree of autonomy of the system in use is one key element. In our installation only partial control is given, but active participation is not just encouraged, it’s essential. We establish a logic for the machine to follow, but it’s activated only through user participation. Without any participation, the screen remains as a blank canvas and the artwork remains undone. At first glance, the result of each text message displayed on screen may look random, but every text message has its corresponding algorithm, in which characteristics such as size of the words and use of special characters and punctuation determine the resulting image.
Manfred Mohr once stated that inventing rules is the foundation of his research. In Mohr SMS we investigate his aesthetics, not his algorithms. Mainly by defining an essential role for the spectator, Mohr SMS proposes the idea of collective virtual painting through text messages in a generative art environment. The artwork lies on the algorithm as much as on spectator’s participation. We create this environment in which a text message has its meaning changed by using it in another context other than its original purpose. The title of the installation alludes to Manfred Mohr and to the fact that, in order to exist, it needs more text messages. 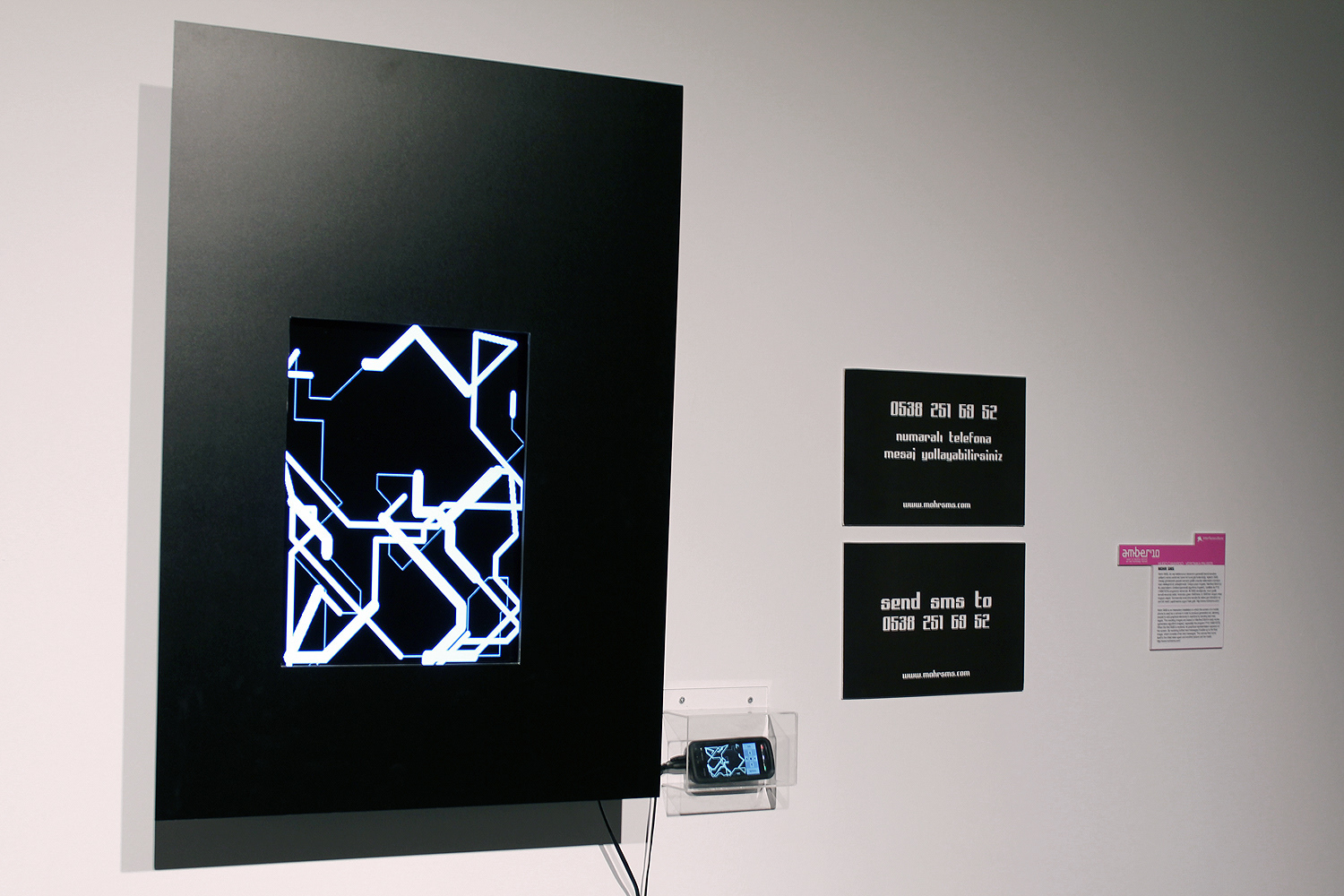 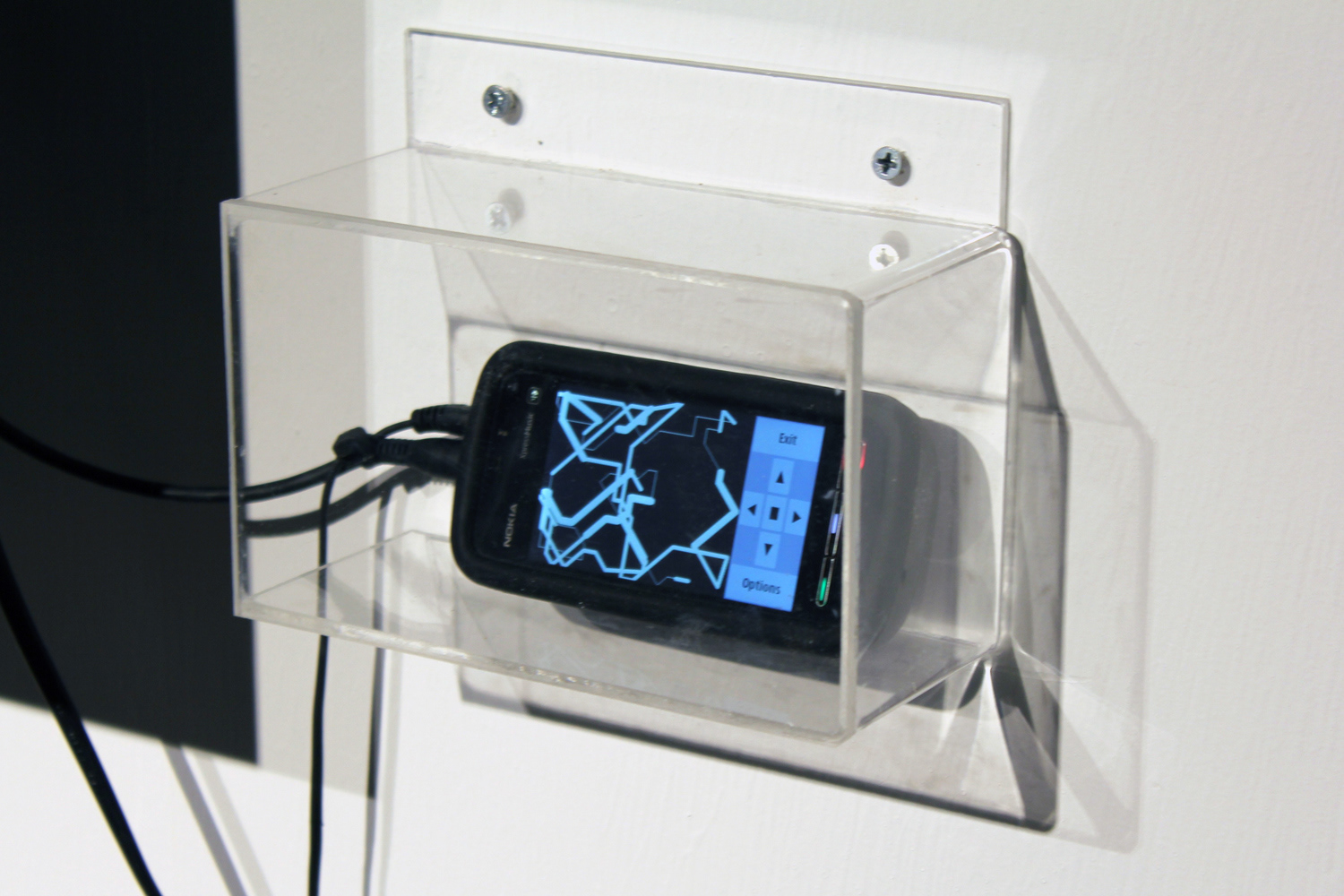 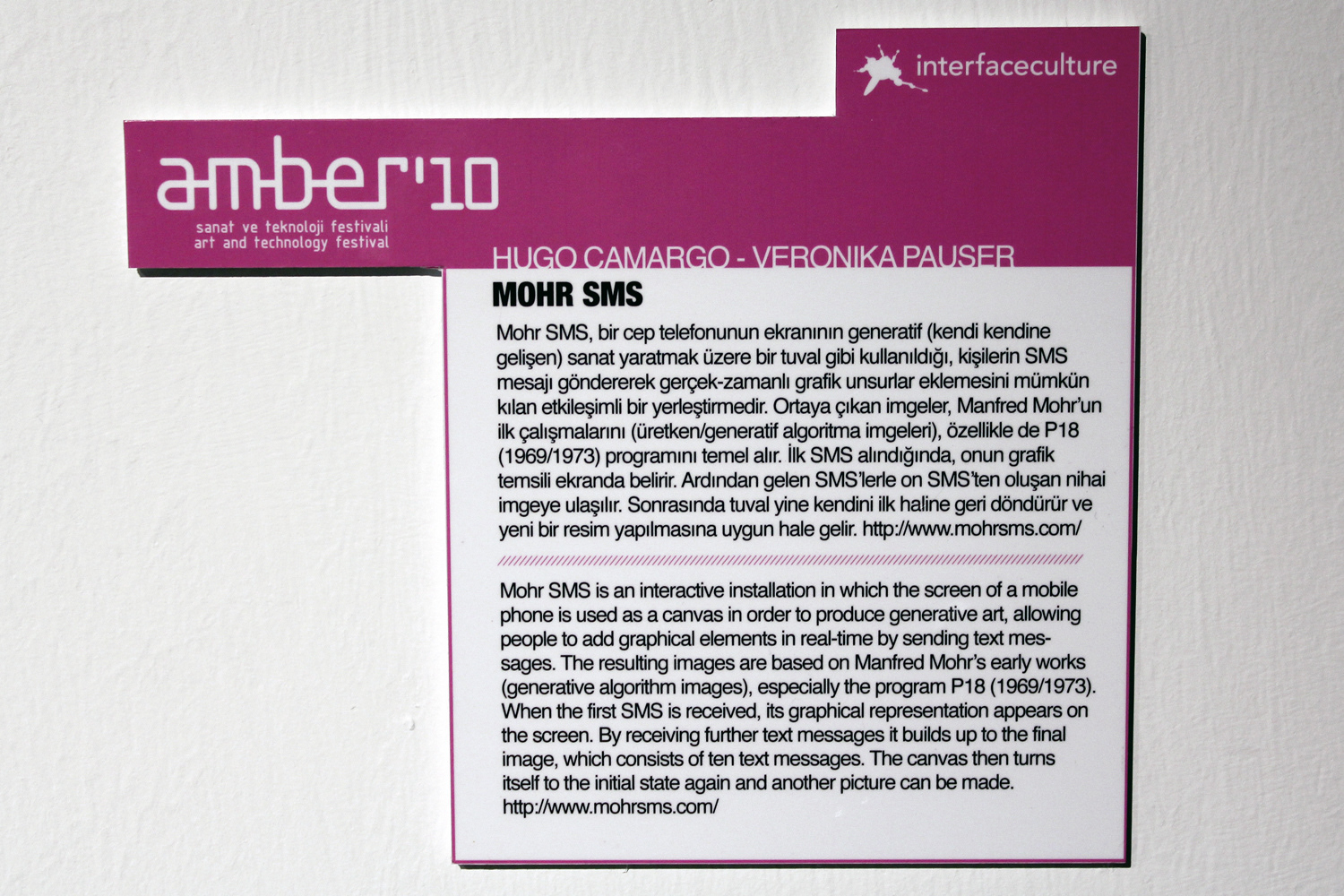 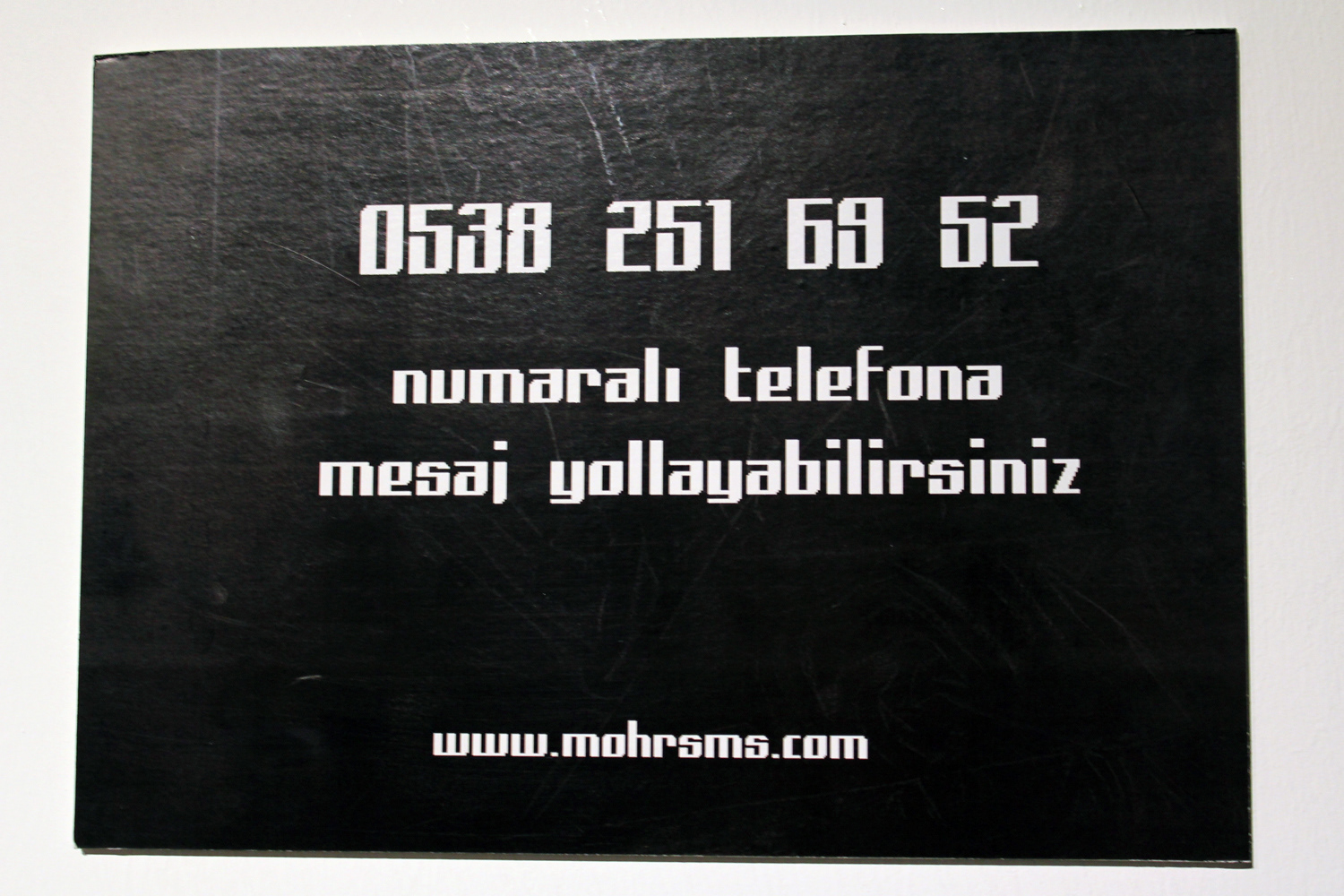 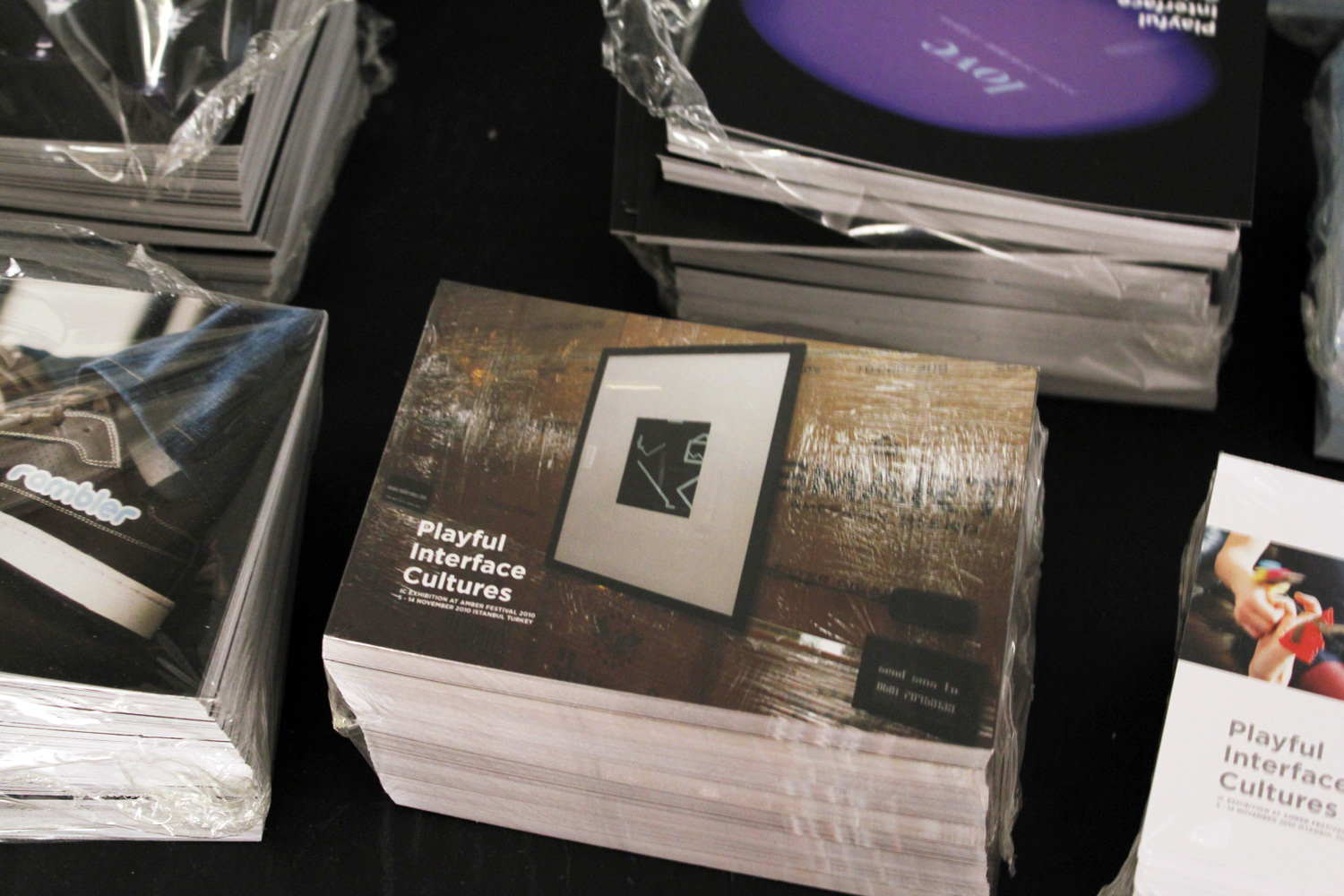